Billboard posters are typically displayed in high-traffic areas such as roads, motorways, parks, and town centers. They are an effective way to reach a large audience quickly and efficiently. Despite the rise of digital and online advertising, billboard advertising remains popular in many countries around the world.

There are a number of billboard advertising agencies in Malaysia that offer a variety of services and products:

Billboard agencies in Malaysia offer a complete service, from the design and creation of billboard advertising to installation and dismantling. This ensures that clients can focus on their business while leaving outdoor advertising campaigns in the hands of experts.

This billboard, for example, costs between RM20,000 and RM100,000. It has excellent results when positioned along highways. Their size is usually big. When personalized, many individuals call it spectacular.

It is generally positioned at bus stations, airports, and terminals. As a result, pedestrians are effectively reached. This billboard is more successful when erected at a busy intersection. The cost of this billboard varies from RM30 000 for each 14-faces design per month

This is the most common sort of billboard advertising in Malaysia. The number 96 refers to the size and layout of the advertisement. Fans of big sizes and powerful displays will appreciate the 96; its standard dimensions are 10ft x 40ft and 11ft x 41ft. The monthly rate ranges from RM 2500 to RM 5000, according on your budget

Bus terminals or Ads On Bus

It’s been utilized to great effect in the marketing of public transportation. It is primarily used against public transportation users. This is also a very efficient and effective method to reach a wide audience, much like city area billboards. Further more, adding ads on bus can provide a better coverage of exposure of your brand.

Due to its tiny stature, it is most commonly seen on sidewalks or in towns. A 13-face location costs about RM65 000 per month, whereas a 26-face place costs around RM120,000 Every face has value and can be worth anything from zero to millions of dollars depending on the size.

Overhead bridge billboards are most often seen on major bridges that see a lot of traffic. Horizontal rectangles are the most frequent shape found in cities, intersections, and junctions. The price varies from RM12, 000 to as much as RM150,000.

In cities and towns, these are frequently successful. If a busy highway runs through the city, it might be useful. Billboards can be seen on the roofs of buildings and homes. They may be as large as 14ft x 48ft or 20ft x 60ft. Placing your advertising in fast lanes with more images and less text is more

Billboard Prices in Malaysia are incredibly low. In comparison to other forms of advertising, billboards in Malaysia are tiny. It is an efficient technique to attract specific consumers by locating it in strategic sites. The price of a customized billboard is determined by its location. Because of its high traffic area, the cost changes between RM350,000 and RM1,600,000

Billboard advertisement is an efficient and effective way to advertise your product in Malaysia.

If you’re unsure about which billboard adverting malaysia to choose from, let us assist you. We specialized in assisting our clients in reaching out to additional consumers in Sabah through outdoor billboards, digital signage, Ads on Bus, Bunting, and other channels. To increase product visibility and capture the huge market potential of Sabah, we help them with their advertising needs to get their products known by the masses. We provide advertising strategies that would work for you and help grow your business. Apart from that, we do cover video production, digital creative production, event marketing, media planning & business consulting too. Take a look at our portfolio . Feel free to contact us or drop a mail at [email protected] Follow our Facebook and Youtube for more articles like this. 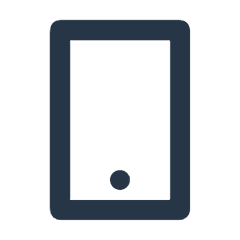 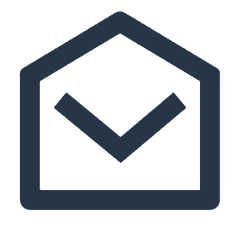 Drop us a mail